Heart and Hustle: From the Bay to BK 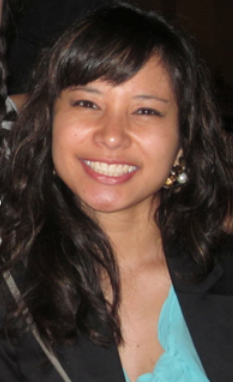 Growing up in East Side San Jose, I was always aware of two things, one of which was the presence of the Filipino-American community.  In that presence was the spirit of remaining connected to our roots and keeping our culture alive.  People did this in many ways; like many others, my way of learning about my culture was by joining the Filipino-American club and dancing in Pilipino Cultural Nights when I was in high school.  During those years, and throughout much of college, it became important for me to deepen my knowledge of our history, as well as explore the current issues our community faces.  The second apparent aspect of Bay Area lifestyle was the impact of hip hop culture.  The presence of Filipinos in the Bay and the influence of hip hop were not foreign to one another.  If you weren’t a b-boy/b-girl, an emcee, a graffiti writer, or a DJ, you knew someone who was.  That’s just the way it was, and still is, in the Bay Area.  It wasn’t until I moved to New York City for graduate school that I realized that there were differences in the make-up of regional hip hop communities.  Beginning in 2009, I discovered that what was normal for me in the Bay in terms of Filipino-American representation within hip hop did not necessarily extend into the East Coast.  Given the lack of representation of the Filipino-American perspective in mainstream discourses, my experience of living in New York in this context did not necessarily surprise me, but gave me more to think about and question in terms of how to establish our community’s legitimacy as contributors to the culture of hip hop more securely in the minds of the rest of the world.  It wasn’t until I became involved with New York University’s Hip-Hop Education Center as a Graduate Assistant, and later as an Assistant Director, that I was able to explore such questions in more depth.

I relocated to the East Coast in the summer of 2009 to pursue a Masters degree in Educational Leadership, Politics, and Advocacy at NYU.  Having worked in the labor movement for a year, I decided that it was time to get back to the roots of my calling; I had majored in Sociology/Community Change and minored in Asian-American Studies at San Jose State University (SJSU), and knew that my impact in the world would be through the avenue of working in leadership development and service learning with youth and young adults.  As anyone might expect, it was difficult for me to leave the city whose streets hold my childhood and witnessed my coming of age, as well as the familiarity of my community, but ahead of me were opportunities my heart inspired me to take. And even though it was my heart that stayed behind in the Bay, rest-assured that my ambition and determination stayed intact and went with me when I left for Brooklyn.  I was ready for the next chapter of an unfolding opportunity.

Among other things in New York, I loved the diversity of the city.  Having grown up in the Bay Area, I was excited about the access I still had to learning from different communities, cultures, and the histories they encompassed.  Nothing, however, made my heart skip more than seeing first-hand how the culture and spirit of hip-hop still impacts the city’s people on an intergenerational level.  Free concerts in the Central Park during the summertime will find people ranging from 20-years-old to 60-years-young bouncing and shouting out lyrics to classics like Sugar Hill Gang’s “Rapper’s Delight,” and having the young at heart reminiscing with younger generations about the days of “…when this song came out, honey, I was your age…” smiles and all.

A year and a half of living in New York had passed by almost without warning.  Needless to say, it was a busy, exciting, and eventful first year away from home, yet I missed the familiarity of my community.  In the same way hip-hop thrives in New York, so too, does the culture carry on and progress in the Bay.  It was beautiful knowing that the same spirit still flourishes in the city that gave us hip hop, but at the same time, I felt that hip-hop culture expressed by the Filipino-American community was much stronger in the Bay.  As welcoming as the spirit of hip-hop had always made me feel, I felt within the minority while living in New York, as there were drastically less faces I could relate to as a Filipina within the hip-hop community.  I struggled with thoughts and questions concerning the ways in which the collective Filipino-American voice and representation has been marginalized in many discourses, especially within the trajectory of hip-hop, and wondered if there was an avenue by which I could help shift the dynamic.

It was also within that same year and a half in which I found myself in my last semester of my graduate program at NYU.  Given New York University’s exclusive reputation, the amount of students and faculty of color numbered few and far between; yet I had succeeded in connecting with the small community of color that was accessible to me on campus within my time as a graduate student.  Included in this community was the Hip-Hop Education Center (H2ED).  Browsing a campus listserve one day, I discovered that NYU housed the very first and only research center in the nation aiming to centralize the resources and expand the research and literature in the growing field of hip-hop education.  Not only that, they were looking for a Graduate Researcher for their latest research project: a national scan set out to quantify as many programs, classes, and organizations that used hip-hop culture as a medium for academic advancement and enrichment.  The data of the scan was to be analyzed and compiled into a comprehensive report supporting hip-hop’s legitimacy as a tool towards academic empowerment and community change.  As a scholar and hip-hop head, one can only imagine my excitement.  Let me tell you, I did not sleep on the opportunity. I reached out to Martha Diaz, the founder of H2ED, set up an interview, and solidified my last endeavor of my final semester as a Master’s candidate.  It was just the beginning. This is the type of opportunity I had come to New York for.

Working at the Hip-Hop Education Center blessed me with many opportunities.  I gained an instant family who was just as passionate and eager to expand our representation in a field that lacked research.  At the same time, I was honored to be on this forefront as a Pinay, as the two cultures of being hip-hop and Filipino-American have lent themselves so significantly to one another’s experiences over the years.  This was a way for me to show the relevance of the Filipino-American perspective to the hip hop cipher, that it is not just the well-perceived perception that Black and Latino communities who have contributed to maintaining the culture.

As it turned out, Martha was also looking for a graduate assistant to help organize the research she had compiled regarding women in hip-hop.  She had informed me that her several years of research would culminate into publishing a forthcoming book entitled Fresh, Bold, and So Def: Women in Hip-Hop Changing the Game. The precursor project would involved a blog that daily highlighted a woman in hip-hop who promoted an image other than the degrading “video vixen” or the “big booty ho.”  Here were women who maintained the integrity of the culture; they uplifted themselves and their communities.  They were educators, artists, entrepreneurs, lawyers, and executives, and came from all walks of life.  This research spoke to the diversity and inclusivity of hip-hop, as sisters such as Fly Lady Di, Kuttin Kandi, Rocky Rivera, and G.I. Jane were represented as Fresh, Bold, and So Def Women. Martha enlisted me to this project and I fell in love with it.  Here was an involvement and commitment that I knew would not expire upon the completion of the Spring 2011 semester.  I made sure to remain connected with H2ED after I had attained my Masters, which is exactly what I did.

My involvement with the Hip-Hop Education Center went from Graduate Researcher to the current Assistant Director of the Women and Gender Studies Initiative.  Because the nature of the Center is to bring together information and resources of existing hip-hop education tools and networks across the nations, it has definitely fortified the way in which I am able to articulate the connection between the histories of hip-hop and the Filipino-American experience.  In this context, the most exciting aspect about this is that the research is expanding and the network is strengthening in order to support this connection in a more concrete manner.  I am blessed to be a part of this forefront. I believe this is what we as a Filipino-American/hip-hop community need: to have the heart to continue with what we love, and the hustle to convince all peoples that, from the Bay to BK and beyond, we have always been a part of the cipher, we still are, and we always will be.