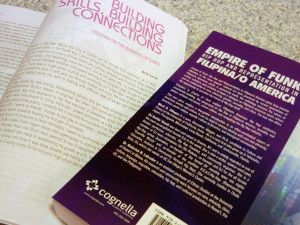 …We hope that this book will be a start of a bigger conversation about the role Hip Hop has played in the lives of Pilipina/o Americans. It’s just begun. For many ethnic groups who became integral parts of Hip Hop, the culture was dismissed as a passing fad. But in reality, Hip Hop has decided to stay in Pilipina/o American communities, and actually has become for us a main mode of expression and a crucial method of organizing.

…It was not until the late 1990s that pioneering scholarship on Filipino Americans in hip-hop began to appear. What we have not yet documented could fill volumes.

But this book is a moment, like any of those million moments. It’s a beginning. It starts with the tremor of recognition. And hopefully that tremor sparks something deeper—passion that leads to creativity, empathy that leads to community, culture that leads to transformation.

—Jeff Chang, “Foreward: For the Moment” in Empire of Funk

Long before there were “celebrity” DJs,  before America’s Best Dance Crew, or YouTube stars there were Filipina/o American youth growing up on Hip Hop. Little did they know, these passionate performers, artists, fans, and promoters were contributing to Hip Hop culture while also transforming it.
Empire of Funk: Hip Hop and Representation in Filipina/o America (Cognella Academic Publishing, 2014) is dedicated to beginning a conversation on Filipina/o American experiences in Hip Hop culture. Empireoffunk.com, as a more organic medium than a book, invites an ongoing dialogue that shouldn’t stop on the printed page.

We are happy, nonetheless, to present to you the book, which gives long overdue attention to the most popular cultural art form practiced by recent generations of Filipina/o American youth. A pioneering work, the anthology features the voices of artists, scholars, and activists to begin a dialogue on Filipina/o American youth culture and its relationship to race, ethnicity, gender, sexuality, and class. The text also offers the opportunity to question the future of Hip Hop itself. Chapters in Empire of Funk explore Filipina/o American Hip Hop aesthetics, community-building, the geography of Hip Hop in Filipina/o America, sexuality and power, activism and praxis, visual culture, and navigating the Hip Hop industry. This text gives readers a thoughtful introduction to an often-overlooked aspect of American society and culture. It can be used in courses dealing with race and ethnicity, American youth culture, popular culture in America, and immigrant communities. 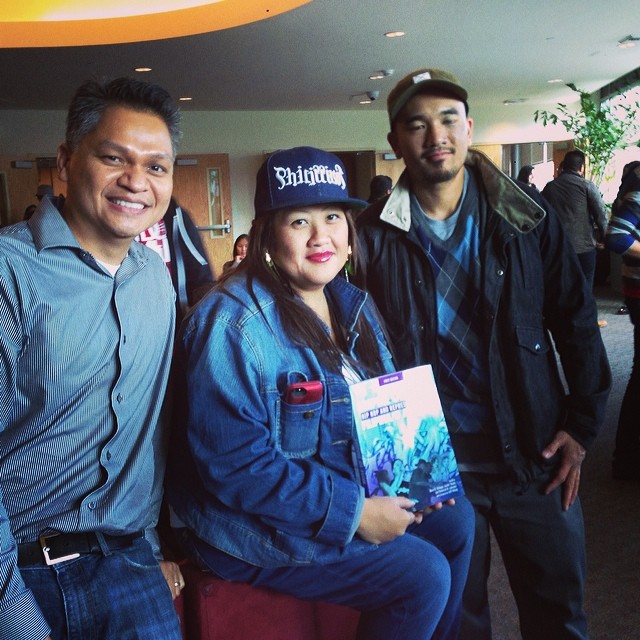 Mark R. Villegas is a poet, filmmaker, blogger, and Ph.D. candidate in Culture and Theory at the University of California, Irvine. He is a navy brat who grew up in Yokosuka, Japan; Pascagoula, Mississippi; Long Beach, California; and Jacksonville, Florida.

DJ Kuttin’ Kandi was born and raised in Queens, NY, and is widely regarded as one of the most accomplished female DJs in the world. She is also a writer, spoken word poet, theater performer, educator, Hip Hop Feminist, and community organizer. She is a member of DJ team champions the 5th Platoon, co-founder and DJ for the all female Hip-Hop group Anomolies, co-founder of the famed NY monthly open mic nights “Guerrilla Words” and co-founder of the coalition R.E.A.C.Hip-Hop (Representing Education, Activism & Community through Hip Hop).

Dr. Roderick N. Labrador is an assistant professor of Ethnic Studies at the University of Hawai‘i at Mānoa. His research and community work focuses on race, ethnicity, class, culture, language, migration, education, hip hop, and cultural production in Hawai‘i, the US, and the Philippines.